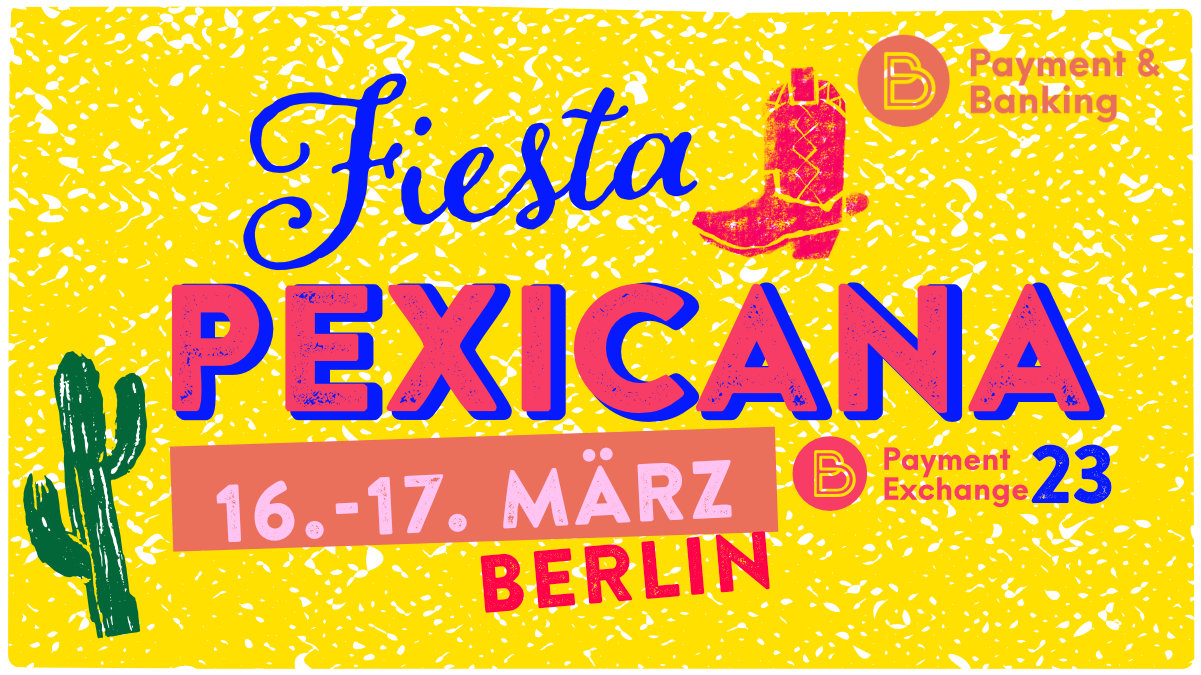 News about the crypto space, blockchain technology and finance are increasingly important in reporting. What’s Next for Central Bank Digital Currencies (CBDCs) Globally? How do banks and other companies work in the crypto space? Keeping track of things is getting harder. But don’t worry! We at the Bitcoin, Fiat & Rock’n’Roll podcast do this for you and summarize the most important news in traditional and crypto-native finance as well as blockchain technology every month.

Crypto lender Genesis files for Chapter 11 bankruptcy:
Genesis owes its top 50 creditors more than $3.5 billion. Following FTX’s bankruptcy in November 2022, Genesis stopped withdrawing customer funds. It also affected about 350,000 customers of the “Earn” yield product offered by Vinklevoss Gemini crypto exchange, for which Genesis owes the exchange about $900 million. The Vinkleboss brothers have already announced that they are suing the CEO of parent company Digital Currency Group (DCG) amid concerns that their investors will be left unserved.

KCrypto firms Genesis and Gemini have been accused by the SEC of selling unregistered securities:
According to the SEC, as part of the Earn product, Genesis lent cryptocurrency to Gemini users and sent a portion of the earnings back to Gemini, which then deducted a referral fee (sometimes over 4%) and returned the remaining earnings to its users. The earnout program met the SEC’s definition because it contained both an investment agreement and a promissory note. Genesis had to register the product as a securities offering.

US arrests co-founder of crypto exchange Bitzlato:
According to prosecutors, more than $700 million worth of cryptocurrencies were sold through the crypto exchange originating from transactions from Hydra Market, a Russian online marketplace for drugs, stolen financial information, fake IDs and money laundering services. Hydra was stopped by US and German law enforcement in April 2022. Additionally, according to the US Attorney’s Office, over $15 million in proceeds from ransomware attacks passed through Bitzlato.

Binance transferred USD 346 million to seized crypto exchange Bitzlato:
Crypto giant Binance has processed around US$346 million in bitcoins for digital currency exchange Bitzlato. Binance is said to be the only major crypto exchange among Bitzlato’s top counterparties. Between 2018 and the end of 2022, about $175 million worth of bitcoins were transferred from Bitzlato to Binance. About $90 million of the total transfers took place after August 2021, when Binance announced it would require users to provide KYC identification.

Binance Gets First Approval for $1 Billion Voyager Deal:
Binance wants the crypto lender that went bankrupt in July Voyager Digital after the failed takeover by FTX, which itself went bankrupt. Now, a court in New York has given initial approval that Voyager’s assets can be sold to Binance.US for around USD 1 billion. However, final approval is still pending. Even the SEC got involved in the takeover in early January and raised concerns.

FTX Updates:
At the trial of Sam Bankman-Fried, he pleaded guilty to all charges against him – 8 in total – found not guilty. If convicted on all charges, he faces up to 115 years in prison. The trial is scheduled to begin in early October and could take several weeks. The co-founder of FTX and the head of Alameda Research had already met found guilty and they want to work with the prosecution and appear as witnesses in the trial. SBF was betting only a few months before the collapse of its FTX platform USD 1 billion in investment in Genesis Digital Assetsbitcoin miner in kazakhstan which was not a good investment due to the current price pressure.

A wave of layoffs is sweeping through CeFi companies:
Various CeFi companies around the world are downsizing by ~10-40% to deal with ongoing economic difficulties and unforeseen industry events. Among other things, are affected Crypto.com (20%), Coinbase (20%), Consensys (11%), genesis (30%) and Silvergate (40%). Although the companies gained users strongly during the crypto summer, the combination of negative economic developments, ambitious growth and the recent collapse of FTX led to the decision to reduce the number of employees for each of them.

Coinbase Insider Trader Receives 10-Month Jail Sentence:
Former Coinbase manager Nikhil Wahi was sentenced to 10 months in prison. He had used his inside knowledge and made $900,000 by buying coins just before they were listed on Coinbase.

Chainalysis Releases 2023 Crypto Crime Report:
The use of cryptocurrencies for illegal transactions reached a new all-time high of US$20 billion last year. In relative terms, however, the share of illegal transactions of 0.24% is significantly lower than, for example, 2019 (1.90%).

Coinbase agrees to $100 million settlement:
After New York’s Department of Financial Services revealed compliance program problems at Coinbase, the second-largest crypto exchange has now reached a settlement with the New York regulator: a $50 million fine and a $50 million investment in new monitoring, KYC and compliance processes .

HSBC registers trademarks for Metaverse digital currency and products:
HSBC has filed two crypto-related trademark applications for its name and logo with the United States Patent and Trademark Office (USPTO). These trademark documents point to the bank’s plans for a range of digital currency products and services, including those related to the Metaverse and NFTs.

JPMorgan has ambitious plans for institutional DeFi:
JPMorgan’s overall goal is to bring tokenized assets into DeFi. For example, the tokenization of US government bonds or shares of money market funds means that they can be used as collateral in DeFi pools.

Solaris and Huobi are Crypto Visa debit card issuing partners:
The card allows Huobi users to spend digital assets at PoS points of sale around the world. Solaris will provide all end-to-end processing and output capabilities for the product. The Visa-endorsed program will be available to both new and existing users residing in the European Economic Area starting in the second quarter of 2023.

Iran and Russia are working on a gold-backed stablecoin:
The goal of the Iranian-Russian joint project is to issue a stable coin that is backed by gold and will be used primarily for cross-border payments.

The European Union postpones the MiCAR vote until April:
The European Parliament’s final vote on the comprehensive “Crypto-asset Markets Regulation” (MiCAR) and money transfer regulation (“Travel Rule”) has been postponed until April. The delay was due to technical issues and problems translating the nearly 400-page document into the EU’s 24 official languages.

🇲🇽 The hottest paying party of the year! 🇲🇽

The South Korean city of Seoul has launched a Metaverse platform for residents and tourists:
Metaverse Seoul, available on Google Play and the Apple Store, allows users to play games, chat, hold meetings, get tips on starting and running a business, visit famous tourist spots in Seoul, ask questions of the 120 Ask the Dasan City Call Center and download administrative documents such as resident registration certificates.

China launches national digital asset exchange:
China is driven by the realization that digital goods will be important to the development of the metaverse, be it avatars, clothing, art or museum exhibits. In addition to the Innovations working group, there is a Metaverse working group, which includes local authorities and state-owned companies.

Fidelity plans Metaverse marketplace for financial services:
Fidelity has hinted that it may be able to offer a wide range of investment services in virtual worlds, including mutual funds, pension funds, investment management and financial planning.

NFT market OpenSea confirms ban on Cuban artists:
OpenSea, the world’s largest NFT marketplace, has announced that it is banning digital artists from all countries sanctioned by the United States. The ban came to light last week after NFTcuba.ART, a Cuban project, tweeted that OpenSea had disabled its account on the marketplace.

The development of the digital euro is gaining momentum:
The ECB published a Slidedeck as inventory on the Digital Euro project, which gives the rationale and current developments around the introduction of European retail CBDC. ECB board member Fabio Panetta also holds speech in the European Parliament on the current state and clarifies that the digital euro should not be programmable. EU finance ministers have the same request in theirs Statement by the Eurogroup to the digital euro.

The Boston Federal Reserve and MIT are completing a research project on the feasibility of retail CBDCs:
A joint Federal Reserve Bank of Boston and MIT research project on the technical feasibility of a possible central bank digital currency has been successfully completed. The project focuses on better understanding the capabilities and limitations of different technologies that can be used to manage and transmit CBDC. The transaction processor was developed as open source research software under the name OpenCBDC and is now available for use by central banks around the world.

The E-Yuan app enables payments when mobile phones are offline or without power:
After enabling the “Tap to Pay” feature in the app, users can set a limit on the number and value of digital yuan payments that can be made from their smartphone when the battery is low or there is no internet connection.